An amalgamation of the scientific approach of chemistry and the creativity of art, devoid of technology, cyanotype is one of the oldest photographic printing processes in the history of photography. Becoming increasingly popular with contemporary artists who love to experiment with their media and constantly seek new ways to incorporate unconventional mediums in their work.

So coming to the point where you might be curious, what is ‘cyanotype’? At its most basic level, cyanotype is a form of camera-less photography that involves using chemicals and sunlight or UV light to create a cyan-blue print. It is blue in colour, which lends its name(cyan) to the technique.

Commonly referred to, as ‘blueprints’, which were popularly used by architects to create duplicate copies of architectural and mechanical drawings, its existence dates back to its invention in 1842 by Sir John  Herschel. Cyanotype has changed the face of photographic printing as we know it. The use of cyanotypes has evolved from a purely functional role among architects to a widely used technique among artists, and creative professionals across a spectrum of applications.

The cyanotype was further explored by Herschel’s friend and photographer Anna Atkins, a biologist, who is popularly referred to as ‘botanical artist’ produced a photographic album of algae specimens in 1843. She started by making photogram prints by laying her specimens directly upon the photosensitive paper. She eventually produced three volumes of her book: ‘Photographs of British Algae: Cyanotype Impressions’, which became the  first book to be photographically printed and illustrated.

Atkin’s inventive use of this new photographic technique fused art and science, it represented the extraordinary potential of using photography in books. The comprehensive cyanotypes of her specimens established her to be the first female photographer known.

Cyanotypes soon grew in popularity because they were quick, precise and easy to create. In the 19th and early 20th centuries, travel photographers often used cyanotype to make prints when they were away from their darkrooms. Artists are fascinated by its versatility and adaptability to wide surfaces it can be made on. Since then, they have become part of mainstream art and photography, valued especially for their distinctive  Prussian blue colour and its precise detailing in a monochromatic palette. 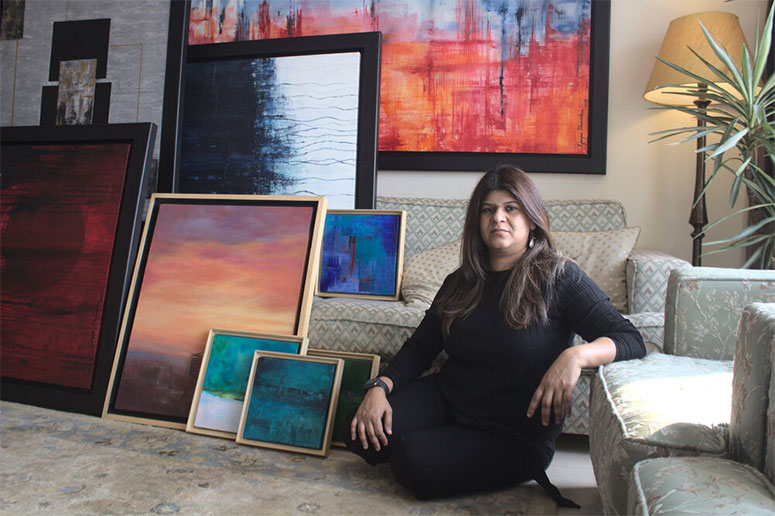 As the world moves forward, the use of the cyanotype takes us back in time. To a bygone era, where the use of modern copying machines and cameras were unheard of, where creating a work of art was a slow, natural process. With the technique enjoying resurgence among artists, it is truly reassuring to see new contemporary artists keeping the form alive. In an era where photography is now as simple as clicking a button on a smartphone or other high-end cameras, cyanotypes manifest in their creators the need to slow down; the need to let nature take over and enjoy a free reign to conceive a masterpiece. Today, the technique is enjoying a resurgence, due to its natural elements and eco-friendly nature.

The article is attributed to Dr. Gunjan Shrivastava, A Professional Artist, Educator, Art Critic and Co-founder of You Lead India Foundation.

We use cookies on our website to give you the most relevant experience by remembering your preferences and repeat visits. By clicking “Accept”, you consent to the use of ALL the cookies.
Cookie settingsACCEPT
Manage consent

This website uses cookies to improve your experience while you navigate through the website. Out of these, the cookies that are categorized as necessary are stored on your browser as they are essential for the working of basic functionalities of the website. We also use third-party cookies that help us analyze and understand how you use this website. These cookies will be stored in your browser only with your consent. You also have the option to opt-out of these cookies. But opting out of some of these cookies may affect your browsing experience.
Necessary Always Enabled

Any cookies that may not be particularly necessary for the website to function and is used specifically to collect user personal data via analytics, ads, other embedded contents are termed as non-necessary cookies. It is mandatory to procure user consent prior to running these cookies on your website.